Who We AreWhat Is Our Vision

The CREAT Foundation Trust was established in the year 2019 with the aim of further augmenting the ties between two great nations of the world – India and China. We began our journey with the vision to become a trusted and stable medium that would enhance the historical connections of these two grand civilisations and amplify it in the present and future as these two states keep up their steady pace towards modernity. Our objective is to envision better avenues for knowledge sharing, cultural exchange and commercial interactions by establishing people to people relationships between the citizens of these countries. 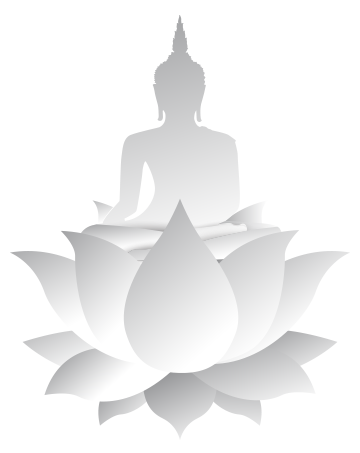 “ What we are today comes from our thoughts of yesterday, and our present thoughts build our life of tomorrow: our life is the creation of our mind.”
~ Buddha

India and China are two cultures which boasts of both grand antiquity and ingenious modernity along with a long history of shared interactions and experiences. These two neighbouring geographical regions hold the prestige of being two of the four great Ancient Civilisations of the world. Both these civilisations have flourished over a long period of history by preserving the very best in their cultures as well as transforming to the stimulus of modernisation and change. The past of the people of these two regions have greatly enriched their present, which undoubtedly will help in building a better future; much like the cycle of thought taught by the great teacher Buddha.

It is in the course of these pasts of the two civilisations that a common shared heritage of interactions between Indian and Chinese inhabitants was developed. The evidence for interaction between India and China dates back to when the dating system had not even been established in any standard way. Even though formally recorded trade relations between the two regions began in the 2nd Century BCE through the integrated network of the Silk Roads; yet the interactions actually had began much earlier. These relations and interactions, as is historically evident, were of mutual respect and benefits. Thoughts, ideas, technology, culture, philosophies, commerce and above all people have always travelled in between these two realms – whether they are the ideas of Buddhism travelling to China or Chinese technologies like Paper coming to the Indian subcontinent. As time passed on, transformations did occur – the Bodhi meditation became Zen and ‘Cha’, the Chinese word for tea became ‘Chai’ – yet the exchange never ceased.

It is only during the modern times that these relations became more and more scant. In the aftermath of each of their colonial periods, both the Indian and Chinese states witnessed a world order transforming at a very fast pace and began to shape each of their nations to respond to these changes in their own ways. However, this contemporary world which is dominated by globalisation, has risen a need for further strengthening socio-economic relations between different states. The onus of the responsibility to elevate the historical connection between India and China and to reinforce its power towards building a brighter future together lies with the present generation; and it is in this context, that the CREAT Foundation was envisioned by the minds behind it.

In the course of less than a century, both China and India has taken a prominent position amongst the fastest growing economies of the world. China holds the position of the second largest economy while India holds the fifth position in this ranking, and together both these countries share one-fifth of the global world economy. In 2019, China recorded a GDP of 14.1 trillion USD which constituted 16.4% of the global economy, while India accounted a GDP of 2.9 trillion USD and a growth rate of 4.8%. The individual growth and development of both these nations has definitely been phenomenal considering the global political conditions and the various economic crisis’ that the world has faced in near past.

China is considered today as the world’s largest manufacturing hub, while India has developed as the largest market – but both these achievements do not come without its problems. There are a plethora of issues which are common to India and China in terms of demography, society and economy; and where these two countries can greatly benefit from collaboration. There has been a number of efforts to enhance this collaboration as well. This is best evident by analysing the tremendous growth of trade between the two nations.

In 2019 itself, bilateral trade between India and China was documented to have reached 87.1 billion USD in financial transactions. The potential of these two countries, is however, far more enormous and further development of ties between the citizens of these nations can provide boundless opportunities of mutual development and growth. Stronger relations between these countries would not just improve the living conditions of their people, rather greater economic interdependence would also establish significant precedents for the concepts of global peace.

Despite sharing a long history of interactions and exercising the ideas of mutual benefit; there is a huge gap of not-knowing as well which exists between the two nations, their cultures and their people. Occasional bilateral discomforts between India and China has certainly led to hesitant situations, however, they have not caused any damage which can’t be resolved through the warmth of people to people interactions and friendships of mutual benefit. The mark of a real friendship lies in its quality of being a bright beacon even in times of darkness; and Indians and Chinese both hold the potential to develop the same.

On our part, CREAT is irrevocably dedicated to the cause of bringing the people of these two great nations closer together and build lasting friendships and ties of mutual respect, cooperation and benefit. It is said that, everything that belongs to us will eventually come to us, but only if we create the capacity to receive it – it is precisely in this process that we aim to contribute and to provide our expertise. CREAT exists to serve these two great nations, to serve the people of these countries and to serve by establishing and preserving lasting social, cultural and economic ties of friendships and mutual interests between them.