UNITY IN DIVERSITY IS OUR STRENGTH

India And The World

India has had an amazing journey to reach what a booming economy it is today. It is on the road to have the world’s largest population and it is safe to say that it is a billion people strong! Over the past two to three decades it has seen a stupendous growth and development. It is going through a bold period of embracing free enterprise. With privatisation and digitalisation at it’s peak, it has opened itself upto businesses from around the world.

The world is now a large inter-connected global economy and businesses are showing keen interest in new opportunities. Multi national investments are flowing into India given the opportune predictions of the future. India with its virtue of its resources, large population and favourable environmental conditions it is one of the largest economies in the world. It is becoming a new base for industrial operations for companies from around the world, capitalising on it’s man power and business attractiveness

India enjoys diplomatic dividence with the top nations of the world having developed cordial relationship with them. It has carved out a place for itself where it’s relationship with other countries are progressing due to geographic, historical, cultural or economic linkages. India has placed itself as an important catalyst in the global political ecosystem

India is a thriving economy with strong backing of long, widespread and rich history.

India is one of the four oldest civilisations in the world. It is a heart for trade, history culture, religion and technological advancements exerting influence throughout the globe. The Indian roots lie in the 8000 year old Indus Valley civilisation also known as the Harappan civilisation. Archaeological findings confirm that the Harappan culture was well formed and more advanced than one could expect. From undeciphered scripts to animal motifs on coins and seals, from beads and weights to terracotta sculptures. Archaeologists have discovered well planned urban centres and residential layouts, one of the most well planned ancient civilisation system to be ever discovered. The roots of Indian crafts can also be found in Harappa and Mohenjodaro. Variety of materials like jasper, crystal, quartz, copper, bronze, gold, terracotta or burnt clay were being used even back then. Proofs of viable trade lie in findings such as Omani copper in Harappan artefacts. 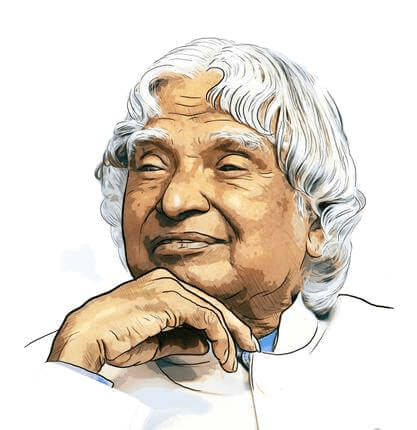 “Look at the sky. We are not alone. The whole universe is friendly to us and conspires only to those who dream and work. ”
~ APJ Abdul Kalam

India has been a land of teachers and philosophers. The  proofs of rich educational system lie in scriptures and inscriptions which were written down as records. Thinkers like Gautama Buddha and Mahavira tried to understand the mysteries of relationship between humans and cosmic order. The. Vedas were compiled between 1500-1000 BC and composed of hymns and praises to various deities. Upanishads, which were said to be composed between 5th and 2nd century BC had ideas related to meaning of life, possibility of life after death, rebirth and spiritualism. Debates and discussions were common amongst buddhist monks, in their texts it is said that there are as many as 64 different schools of thought. All of Buddha’s teachings were made orally during his lifetime and were written down by his disciples post this death. His message spread across central Asia to China, Korea and Japan and through Sri Lanka, across the seas to Myanmar, Thailand and Indonesia. Aryabhatta used zero in his works in 5th century and was carried to west by Arab merchants.

India has given great teachers to the world. Chanakya, the first famous Indian scholar, professor political science, philosopher, economist, jurist and royal advisor is known world over for his Chanakya Neeti. Swami Dayanand Saraswati was well known Sanskrit scholar and worked towards promotion of equal rights for women. Rabindra Nath Tagore reintroduced the concept of Gurukul and taught under the trees, he is world renowned Bengali poet, writer, composer philosopher, painter and reshaped Bengali literature and music. Swami Vivekananda was a hindu spiritual leader and reformer who combined eastern traditional and philosophy with western material progress. He was the first to introduce Hinduism to America at the World’s parliament of religions. Dr. Sarvepalli Radhakrishnan, first vice president and second president of the Independent India who was highly recognised teacher of philosophy is remembered by celebrating his birthday as Teacher’s Day in India. Dr. APJ Abdul Kalam, renowned scientist and 11th President of India loved teaching students and died giving a guest lecture at IIM Shillong. His birth day, 15th October is celebrated as world student’s day.

Ancient written records talk about urban centres like Magadha, present day Bihar where agriculture was quite productive, iron mines were flourishing, elephants which then used to form important part of the armies were also found in that region. Urban centres which emerged like Patliputra were on river routes, Ujjayini along the land route, Puhar situated on the coast marked the beginning of the sea routes. Cities like Mathura were hotspots of commercial, cultural and political activities. Sea routes were quite active in 6th century BC, they extended as far as north Africa, south east Asia and china. Wide range of goods like salt, grain, cloth metal ores, stone, timber, medicinal plants and more. Spices and silk were in high demand in roman empire and were transported across the Arabian Sea to the Mediterranean.

India is known for exports of its agricultural produce and spices. Our agrarian history is well recorded in chronicles and documents from the Mughal court. Ain-i Akbari authored by Abu’l Fazl meticulously records arrangements made by the state to ensure cultivation. Rice, wheat and millets were the most cultivated crops back then. Cotton and sugarcane were considered as perfectly grown crops and in abundance. While India exported via sea trade routes, certain crops were also introduced in India. Maize was introduced into India via Africa and Spain, vegetables like tomatoes, potatoes and chillies were introduced from the new world as were fruits like pineapple and papaya. People who resided in hills were also involved in collection of Mahua flowers, silk cocoons and resin for sale and wood for charcoal production. Babur Nama describes the then used irrigation system in detail.

Marathi texts written in early years of British rule have revealed existence of substantial numbers of artisans, sometimes as high as 25% of the total households in the villages. They would be involved in crafts such as dyeing, textile printing, baking and firing of pottery, making and repairing of agricultural implements to name a few. 16th and 17th century India with the consolidated Mughal empire saw vibrant networks of trade from China to mediterranean sea. This bought huge amounts of Silver bullion to the country. This period was marked by stability in availability of metal currency. Accounts by Italian traveller Giovanni Careri gives an idea of the cash and commodity transactions in 17th century India.

Even though urbanisation in India was progressing in it’s own good time, study of census reveal that between 1900 and 1940, urban population started to increase. Port cities like Calcutta, Bombay and Madras grew rapidly and became commercial and administrative centres. They also became entry point of European manufactured goods and export centres for Indian raw materials like cotton and jute. With introduction of railways in 1853, this changed drastically and trade centres started spreading to inland cities as well.

India is moving away from it’s socialistic policies pushing towards more self reliant manufacturing industries and is actively promoting ‘aatm nirbhar bharat’ as the way forward. The focus is on rising as a manufacturing power. It is a lucrative market which is operating at all different levels of the spectrum when it comes to socio-economic and cultural growth. Initiatives like Make in India, Digital India, Digital First, Swach Bharath Swasth Bharath, Beti Padhao Beti Bachao are tackling some of the main issues and taking India on the path of development.

India forms an important part of strategy by other countries as an emerging market and it is going to be the preferred investment destination for next 20 years.

Historically, Indian philosophy has emphasised on “Vasudhaiv Kutumbakam”, meaning the whole world is one family. Indians have been living this philosophy since ages and have been interacting with the rest of the known world. Many scholars and thinkers who came to India under different rules took this as an opportunity to learn more from our country and document whatever they could. A Lot of our knowledge of the past, of the enriching culture, traditions and even advancements education system come from these travellers. Some of the noted accounts are that of Al- Bruni, who came to India in 11th century from Uzbekistan. He lived in India during the reign of Ghazni and spent years with priests and scholars learning Sanskrit. His Kitab-ul-Hind is on subjects like religion, philosophy, festivals, astronomy, alchemy, manners and customs, social life, weights and measures, iconography, laws and metrology. Ibn Battuta came from Morocco during the 14th century and his book of travels called Rihla provides rich and interesting details about social and cultural life in the Indian subcontinent.

Portuguese started arriving in India in 1500s and wrote detailed accounts of social customs and religious practices. Jesuit Robert Nobili even translated Indian texts into European languages. Portuguese Duarte Barbosa wrote detailed account of trade and society in south India. French Jeweller Jean-Baptiste Tavernier travelled India at least 6 times and compared India to Iran and Ottoman Empire in his works. Italian doctor Manucci never retired to Europe and settled down in India. Frenchman Francois Bernier, a doctor, political philosopher and historian came to India in 17th century,  stayed for 12 years and was associated to the Mughal court as a physician, intellectual and a scientist. His works written in French were translated into English, Dutch, German and Italian. Mughal rulers took pride in the manuscripts that were written during their time. It involved a number of people like paper makers, scribes or calligraphers, guilders and painters. These intellectual wealth and beauty were stored in Kitabkhana which can be translated to a library. People involved in this process were often rewarded with titles and awards.